The PGRU v3 is a set of lists that ranks the best players in Super Smash Bros. Ultimate from March 1st-June 13th, 2022. Due to the COVID-19 pandemic and its effects on the competitive scene, the rankings were split into two separate lists - for North America and Europe - as well as a shortlist of Japanese players to watch.

Discussion on a new ranking began following the return of competitive play in mid-2021. On November 19th, PGStats announced that the rankings were to resume on January 1st, 2022, and would be split into three separate rankings.[1] However, the starting date was postponed due to the rising cases of COVID-19.[2] On February 2nd, 2022, PGstats announced their plans on setting a new start date to March 1st and that they would be monitoring the state of the pandemic before giving a final confirmation on February 17th.[3] Although the date came and passed without a confirmation, the season nevertheless began on March 1st with Smash Ultimate Summit 4 that week. The season concluded on June 13th, 2022 following the end of Battle of BC 4 and Maesuma TOP 8.[4] The season ended a month before the end of the Melee season in order to give panelists and the production team enough time to finish the rankings by Super Smash Con 2022.

The methodology remained similar to the cancelled Spring 2020 PGRU, with the exception of not having a proper tournament tier system. Any player who at minimum attended either 2 majors or a major and 2 regionals in a region were eligible for that region's rankings. Around 60-65 players were then chosen and given to panelists, who rated players from a scale of 10 (the best) to 4 based on their performance that season. Players were allowed to consider any tournament a player has attended, including out-of-region events, invitationals, and, in circumstances where a player lacked sufficient data, locals, making it the first time locals were used in a PGR ranking. The panelists' scores were then normalized and converted into a final score based on a weighted average. 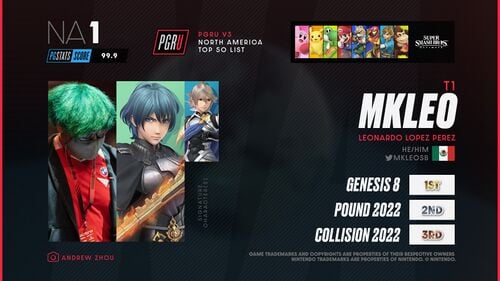 An hour before they began unveiling the regular top 50 rankings, PGStats released a list of players who most closely missed the cut for the PGRU v3 NA top 50, known as "Area 51." They were unranked between each other, and as such are all considered to be effectively ranked #51. 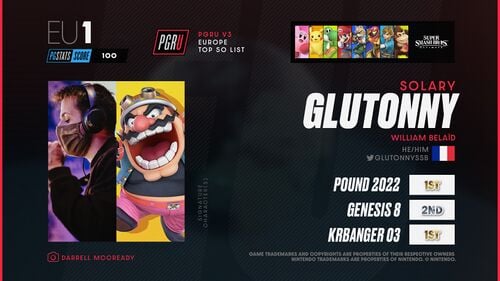 An hour before they began unveiling the regular top 50 rankings, PGStats released a list of players who most closely missed the cut for the PGRU v3 EU top 50, known as "Area 51." They were unranked between each other, and as such are all considered to be effectively ranked #51.

Unlike North America and Europe, Japan did not have a formal top 50 ranking, a decision made by the PGStats team themselves. Instead, a shortlist of 50 players to watch for was released, with 10 of those players being highlighted as "featured players." The players are listed in alphabetical order. 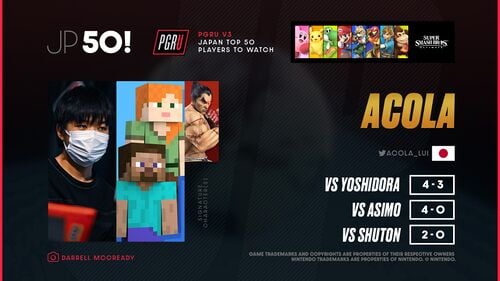