The SSBMRank 2022 lists the world's top 100 Super Smash Bros. Melee players in 2022 as compiled by Melee It On Me and Melee Stats. The rankings were announced alongside UltRank 2022 in a series of start.gg articles published from January 11th-20th, 2023.

29 people, such as top players, community leaders, tournament seeders, and regional power rankers, were chosen to be panelists for this edition of SSBMRank. The panelists were provided with the following prompt:
Based on the quality of results from March 1, 2022 to December 18, 2022 rate each player on a scale of 1 to 10 (10 being best).
Exhibitions, online tournaments, and tournaments that did not complete are NOT to be counted.
You are able to rate players with high attendance well, but understand that due to Omicron and the cancellation of SWT and Panda Cup that some players may not have had the opportunity to attend as frequently as others.
You may consider results at locals and invitationals, but understand that the environment surrounding these events may not always be the most serious in nature.
If you as a panelist are a player who is on the ballot, you may give yourself a score as a placeholder, but any score you use for yourself will NOT be counted
Panelists could choose to abstain from rating a player if they felt the player was impossible to score, in which case their vote on that player would have no impact. Panelist scores were then normalized, following which a final rating would be calculated based on a point estimate of the votes, with outliers suppressed on a percentile basis. 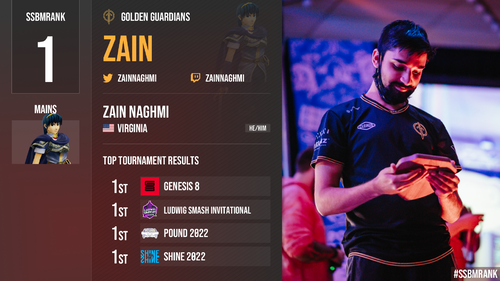