The Summer 2018 MPGR, officially the Summer 2018 Melee Panda Global Rankings, lists the world's top 50 Super Smash Bros. Melee smashers, as compiled by Melee It On Me and PG Stats. They were announced in a series of Red Bull eSports articles that were published from July 23rd to August 2nd, 2018. The Melee Panda Global Rankings are the spiritual successor to Melee It On Me's SSBMRank.

PG Stats asked 35 top players, community leaders, tournament organizers and analysts to rate the quality of play for each qualifying player during the first half of 2018. The panelists were asked to rate players on a scale of 1 to 10 based on the quality and quantity of results in 2018. In addition to this, each panelist was tasked with ranking players based on a hypothetical situation.

The hypothetical situation being:
"A tournament is held every weekend during the ranking period, and all players on the list are able to attend every event. Over the course of the season, who performs the best?"

The ratings were then compiled into one overall average after suppressing the effect of outliers. 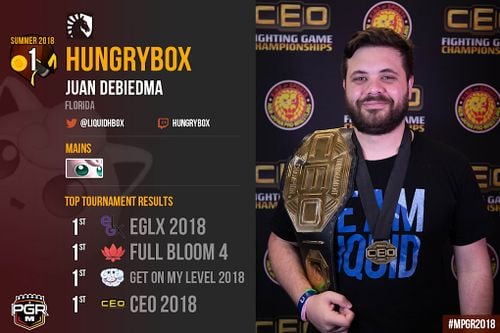