The Ohio Power Rankings are the rankings of the Ohio competitive players.

The Ohio Smash Ultimate Power Rankings are a rankings released by season based on the results of Ohio players.

* The HMs for this season were added after the original release of the rankings, citing a mistake in tournament categorization. These four players were the unranked players most affected by the mistake. 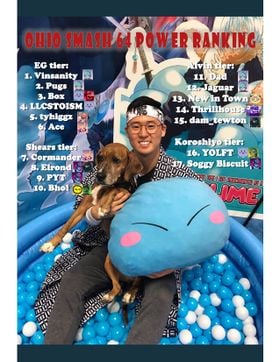