Captain Falcon is a playable character in the Brawl mod Project M. He was remade to be nearly identical to his Melee counterpart in terms of attack hitboxes and animations.

Captain Falcon is currently ranked 9th out of 41 on the official tier list, placing him in the top portion of the A- tier. This is a marginal drop of his 6th place out of 26 in Melee, and a drastic improvement over his 34th place out of 38 in Brawl. He retains this placement in the official Project+ tier list, now at the bottom of the A+ tier.

Captain Falcon had the reputation of being one of the worst Brawl characters in spite of his speed and power, as Brawl's physics crippled him and resulted in a massive drop in his tier position. Because of this, he has been reverted back to his Melee incarnation, while retaining a few buffs from his Brawl iteration. Since Project M returns to the physics of Melee, Captain Falcon's combo abilities are once again efficient, as the removal of hitstun canceling no longer allows opponents to air dodge like they could in Brawl. Additionally, the Knee Smash, his main finisher in Melee, is once again as easy to sweetspot as it was in Melee. Captain Falcon also benefits from the normalization of sidesteps; it was lackluster in Melee, but since all sidesteps were made to be roughly the same in terms of frame data in Project M, he is no longer as susceptible to pressure. However, Captain Falcon can still be considered a glass cannon because his high falling speed hinders his already poor recovery and makes him susceptible to combos and gimps.

Captain Falcon fares slightly better in Project M than he did in Melee partially due to the small buffs he's received, but also partially due to the addition of many more semi-floaty characters that Falcon can easily overwhelm and combo, leading him to have good matchups against a majority of the new characters. The expanded stage list, which allows for stage bans even in best of 5 sets, also allows Captain Falcon players to avoid being hard counterpicked to his worst stage in Melee, Fountain of Dreams. In addition, metagame shifts have been favorable to him. Arguably his worst matchup in Melee, Falco, has been slightly nerfed and has worse matchups against the new characters, causing him to be used less often. Other characters from Melee that were difficult to handle have also been nerfed, bringing Falcon's matchups against them closer to even. Due to these factors, Falcon is acknowledged to be better relative to the cast than he was in previous games.

Changes from Melee, Brawl to PM[edit]

Captain Falcon was mostly reverted to his Melee version while keeping a minority of improvements from Brawl. 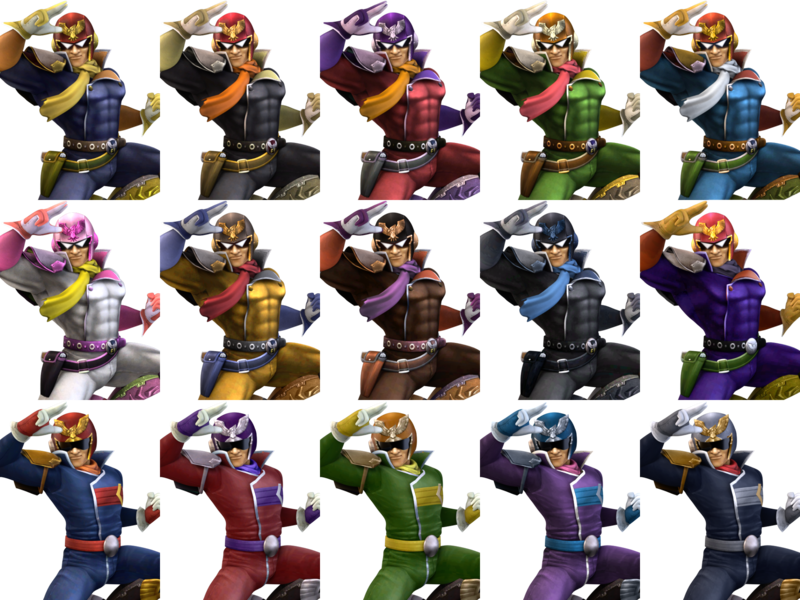