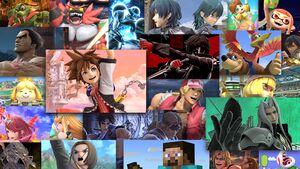 This tourney is just for fighters that first joined the battle in Super Smash Bros. Ultimate!

The further you advance, the better spirit you'll win![1][2]

This time-limited tourney features the new kids - that is, fighters who joined Smash for the first time in Super Smash Bros. Ultimate.

The further you advance, the better the spirit you'll win![3][4] 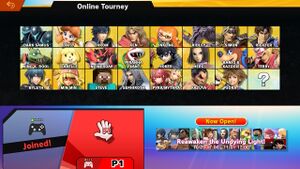 The character selection screen for Reawaken the Undying Light!