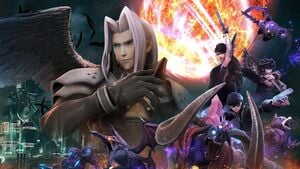 The further you advance, the better spirit you'll win![1][2] 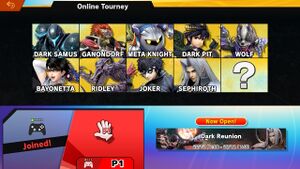 The character selection screen for the initial run of Dark Reunion. 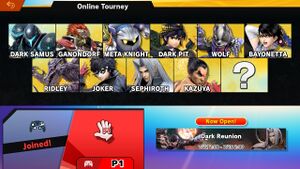 The character selection screen for the repeat run of Dark Reunion.

Bold denotes fighters who were not available during the event’s first run.