The Color TV-Game series features the Light Tennis game, which was among the numerous Pong clones produced after the production of Pong by Nolan Bushnell's Atari in 1972. The paddles move in linear paths with the same consistent speed, in homage to how the original game was controlled by using microswitches. The Tennis B (テニスB, Tennis B) variant serves as the basis of the game's appearance in the Super Smash Bros. series, according to the PAL SSB4 trophy description.

The Color TV-Game 15 made its Smash Bros. debut as an Assist Trophy in the fourth game of the series.

Upon being summoned, a single white paddle appears above the summoner's head, before splitting into two paddles from Light Tennis. It will then launch a large pixel "ball" between both paddles, playing a game of Tennis B by themselves. The launched ball will bounce off any surfaces it touches, and deals extreme knockback to any enemy that touches it directly; reflecting a ball in play often grants it OHKO power. Additionally, the paddles themselves reflect projectiles for the opponents of the summoner and deal knockback to enemies that touch the paddles, while not inflicting any damage.

During the "game", an aesthetic score appears above each paddle, keeping track of how many wins each paddle has. The paddles will attempt to keep the ball in play as long as possible; if one paddle gets a point, the other paddle will shake up and down in dismay before another ball is launched.

Due to this Assist Trophy's color palette, the ball and paddles can be almost impossible to see on white stages, such as the alternate version of Dream Land and the transitions of Reset Bomb Forest.

Nintendo released this video-game console way back in 1977. You could play 15 different games, inspired by sports like tennis and hockey. In Smash Bros., paddles will appear on the left and right sides of the stage. The ball can launch fighters on its own, but don't touch the paddles either!

In 1977, Nintendo released this home video game system in Japan with 15 variants of games like tennis and air hockey. In this game, the paddles appear at the sides of the stage, and a game of Tennis B starts. The ball can launch fighters on its own, but don't touch the paddles either! 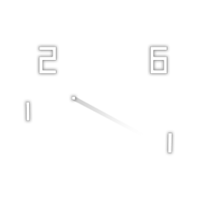