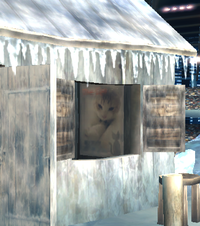 A photo of a cat is hidden in a shack of Pokémon Stadium 2.

An Easter egg is a hidden surprise or trick. They are small surprises programmers add to the game for players to uncover, much like chocolate eggs in a real-life Easter egg hunt. Many Easter eggs are purely for entertainment. Some examples include hidden names or faces of programmers, references to other games, or messages for the player.

Easter eggs should not be confused with glitches, cheats, or techniques. Many do not alter gameplay at all, and are added on purpose. 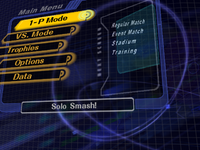 The menu shifts if the C-Stick is rotated.