A starter character is a character who is already available for play immediately after turning the game on for the first time; the player does not have to unlock, challenge, or download that character in order for them to be selectable (as one must do to select unlockable characters and downloadable characters). 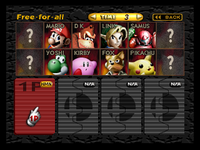 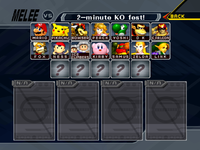 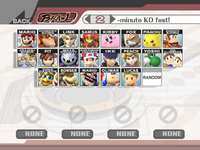 The starting roster is comprised of the characters in the Original 8 from the original Super Smash Bros.