The 2018-2019 SSBBRank is a list compiled by the Brawl Bois community that ranks the world's top 20 Super Smash Bros. Brawl players from 2018 to 2019. The rankings were first revealed on the Brawl Bois YouTube channel.

The list was compiled by a panel of Brawl players including Gardex, Luigisama, Mikeray4, Ironwolf, and KVLT. A total of ten tournaments were evaluated for the rankings. These tournaments were divided into three tiers based on the amount of entrants and the skill level of each entrant. The tournaments from 2018, while still vital to the rankings, were deemed less crucial than the tournaments that took place in 2019. This is due to the fact that players' performances can greatly fluctuate in the span of one year. 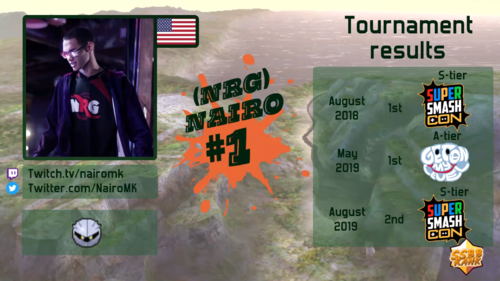