This article is about this my user page . For My AFD Joker page, see Joker.

This article is about this my user page . For My AFD Masamune page, see Masamune.

Hi my name is Thegameandwatch or the Thepoweroftime which is my short-lived alt and also I mostly fix mistakes in this Website and I also fix Wikipedia but less than this website. I fix articles that were forgotten or new. I am also Pokemon Fan so that's why I main many Pokémon Characters. I joined this website on January 18th, 2019. Most of my old Edits were terrible and got mostly removed but I improved a lot after that. I never played Melee but I played all of the games from brawl onwards. My Favourite Smash Game is Brawl because It was the most fun to play. also, I use a MacBook Pro 15 inch but when I am not at home I use my phone to edit this website. I made the pages for most of Hero and Terry Special moves. I have 2 other NIWA Network accounts one for Fire Emblem with the user name being the same as Smash Wiki and Bulbapedia but with a different name. I am Known as the person who adds speedy deleted images back to pages for no reason and also putting low effort smasher pages to the notability page instead of the speedy delete one.

Who do I want in Fighters Pass Vol. 2

1. Hydreigon From Pokémon Black and White because its one of my favorite Pokémon and also I don't want another starter as a character in Smash. Final SMASH: Devastating Drake. Victory theme: Battle Team Plasma theme

2. The Player From Minecraft. I know he is a meme pick at this point but Minecraft was my favorite game when I was a kid. FINAL SMASH: Probably an Ender Dragon Cutscene. Victory theme: Calm 3 GOT IT RIGHT!!!

3. Terra Branford From Final Fantasy VI because she from a Nintendo Final Fantasy game and also she will be different from Cloud because she uses Magic. Final Smash: Her esper form + Riot Blade. Victory theme: Victory Fanfare-FFVI or Decisive Battle GOT IT RIGHT but different character and game!!!

4. Rex from Xenoblade Chronicles 2, because The original Xenoblade just got a remake and he could be unique because he has excess to blade characters like Pyra, Mythra, and Nia. Final Smash: I don't know because I haven't finished The game yet. Victory theme: You Will Recall Our Names. GOT IT RIGHT!!! but not Rex

5. The Knight from Hollow Knight because they are unique and are from an Indie game. Final Smash: either Howling Wraiths or Desolate Dive. Victory theme: Main theme

You can use this in your userboxes, you don't need to ask me to use it.

Pages and Images I made

user:Thegameandwatch/Vergeben_leaks (i told them to delete it)

User:Thegameandwatch/UserBoxes (I am planning to make one but I don't know how to one because there is no reference or template.

This article is about this my user page . For My AFD Joker page, see Joker. 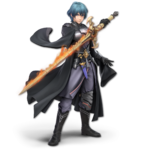 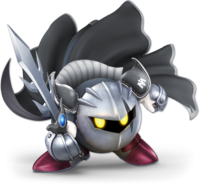 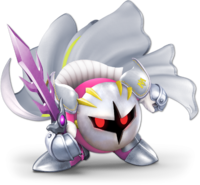 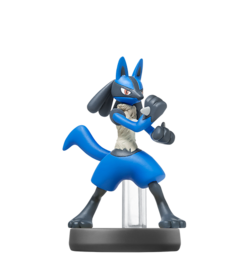 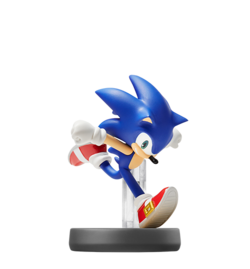