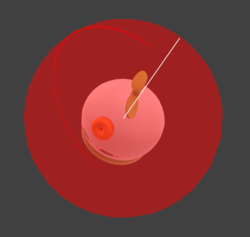 This move received a few updates, but was overall buffed with the exception of one. Update 1.1.0 haves Bowser Jr. receive more armor frames while rising, although a nerf exists where he can no longer air dodge more than once in midair, which reduces its safety and recovery. Version 3.1.0 hitboxes are more reliable to connect. And version 9.0.0 has less startup, which helps him quickly rise in the air.