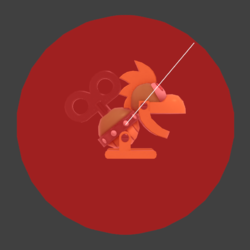 The Junior Clown Car drops a Mechakoopa from its underside hatch. The Mechakoopa falls in a strong downward arc; once it lands, it starts walking around. If it reaches a wall or dead end, it will turn around and walk in the opposite direction. If it makes contact with an opponent (or travels enough distance in the air without landing), it will detonate. The Mechakoopa will also bite onto opponents on contact that deals 2%, guaranteeing that it will explode on them shortly after that deals 7%. Lastly, if enough time passes and they have not hit an opponent yet, they will spark out and detonate automatically. They can be picked up and thrown as items either by Bowser Jr. or his opponent. If an opponent shields a walking Mechakoopa, it will drop to the ground harmlessly, which can then be picked up.