Hi there. My smasher tag is Gold, my wiki name is Smashgold347238, and I edit a lot of pages where I feel it is needed (which may or may not actually be needed, so I apologize in advance, particularly for the Cloud page--).

I started with Super Smash Bros. Brawl and really wanted to know as much about the game as possible, so I came over here. Since then, I've tried out every single Smash Bros. game, even Brawl-. I've mostly played Captain Falcon throughout every game, but I now primarily play Smash 4 (due to my own gripes with Melee and the fact that I believe Smash 4 is a more complete game that doesn't require my hands to break), where I main Cloud and keep a bunch of secondaries for fun. You may find me lurking in the Smash on Tap Smash 4 brackets at Even Matchup Gaming's Challonge page. If you see GoldML anywhere on Twitch, that's me (but I don't stream).

I try to come out to nationals that occur in Toronto, such as Canada Cup 2015 and Get On My Level 2016. I'll probably be wearing a lot of The Legend of Zelda stuff. You can also find me with my alias on various Smash 4 character Discord servers. Say hi. :P 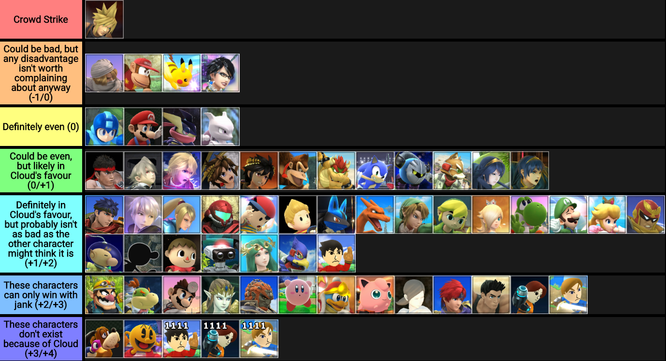