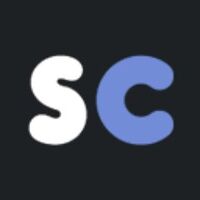 Smashcords is a directory of other Super Smash Bros. series-related Discord servers (unofficially referred to by the community as simply "cords"). There are several listings for all of the Smash games, with several of them having varied types of servers to fit several purposes. It originally began as a set of character-centric Skype groups for Smash 4. The group is organised by a select few staff members from across the platform in a "Smash Assembly" server, where server events are organised and global bans are recommended. The entire Super Smash Bros. series is supported, as well as Project M and Super Smash Flash 2. Servers can opt into being listed on the directory, while others — such as those created for DLC fighters — are created by Smashcords staff.

Many of the Ultimate character servers, in particular, hold significant notability in the community. The Joker Discord has over 18,000 members as of December 2021, being among the largest servers on the website. The Terry Discord is partnered with SNK with over 6,000 members. The Byleth Discord was Discord-partnered with over 7,000 members until 1st August 2021.

There are multiple filters on the website that can be used to more easily find servers. There is also a voting system to allow players to show approval for their favourites,

Floof Bot is a Discord bot built by Lewdcario that several Smash-related Discord servers use. It has been designated as the dedicated bot used by Smashcords, and nearly all of the listed servers have Floof Bot in use. Features of Floof include user profiles to show characters, friend codes, and other information; it also provides basic moderation features, reaction roles, custom commands, and a server economy system. Floof Bot is integral to the Smashcords network, allowing for moderation logs to be kept across multiple servers, which has aided in keeping communities safe.

Following the controversies surrounding Lewdcario, Floof Bot was temporarily shut down in late August 2021. Multiple alternate accounts were made on the 26th of August to help make up for the losses servers accrued as a result of the shutdown; as a result of each of them being unverified, they were restricted to being in 250 servers at one time. On the 18th of September, a verification application was sent to Discord to verify a single one, which was accepted on the 2nd of October, therefore effectively bringing it back to the status quo.

In April 2020, the Ultimate server for Mr. Game & Watch fell under scrutiny for violating multiple server regulations, including some broken by a moderator. These include NSFW content, racial slurs, and homophobic content[1]. Following a gore rage comic posted in the server's announcement channel, Smash Assembly requested the moderator to be demoted, which the server staff refused. As a result of this, the original Mr. Game & Watch server staff chose to delist the server from the Smashcords website and a new one was made.

Similarly, in June 2021, the Ultimate server for Pyra and Mythra fell under scrutiny for allegedly allowing NSFW artwork in its server, including a channel where moderators would rate it, which violated Smashcords guidelines. Lewdcario requested an anonymous user to flag content to her. Declining the proposal, the Pyra/Mythra server's staff believed this to be an abuse of power, which they recounted in a response alongside other grievances with Lewdcario's attitude towards other servers[2]. The two parties compromised by having artwork submitted to the channel permitted instead. Following continued issues on Lewdcario's end and repeated messages to fix the problem, they proceeded to release a document with their grievances[3]. Soon after, the server was delisted from the Smashcords website by the staff's request. The document prompted backlash from the community, some arguing that much of the artwork cited was not NSFW. There were also accusations of bias as a result of Lewdcario's personal dislike for the characters and their suggestive designs. A new server was listed in July 2021.

In December 2019, Zeckemyro, the owner of the Ultimate Luigi SmashCord, stepped down after a document produced within Smash Assembly revealed repeated instances of toxicity in the community. While this was meant to be private, the document was leaked to the public through the server for Simon and Richter, which was violation of policy in the Smash Assembly server. Staff investigated the issue and eventually found the original leaker after misdirection attempts by Abbey Street, another Smash Assembly member and one of the Simon server's co-admins. A member of the investigation team was approved to attempt to blackmail the leaker — who was a minor at the time — by threatening to send their nude photos and roleplay messages to their classmates and their eSports team. This blackmailing attempt was later revealed in July 2021 to be a false flag used by a Luigi Discord moderator named Uber to try and become an administrator. The "leaker" provided Uber with a screenshot sourcing the leak and, after that, the leaker ceased further contact and deleted their Discord account. The investigation was then closed. In the moment, Lewdcario, as well as other Smash Assembly staff members, expressed approval of the methods used in the server. However, many others also criticised this, pointing out that it was indeed blackmail and wanted accountability, and soon they agreed that it was a bad move. Lewdcario later wrote a letter apologising to the leaker on behalf of Smash Assembly, as well as to the server itself for allowing it to occur. Uber was also punished.

In late July 2021, a document[4] produced by Carrie Oki was released under a Twitter account dubbed "Lewdcario Leave"[5] that divulged details of this incident, as well as accusations of hypocritical moderation policies and power abuse against then-owner Lewdcario. It also revealed details of an NSFW channel in the Smash 4 Lucario Discord, which was shut down in 2016 as new Smash Assembly policies were enacted against the practice, wherein Lewdcario also stepped down as owner of the server. Lewdcario's Discord account was disabled shortly after the document's release and multiple badges were removed, which was later revealed to be from a report by Carrie Oki. This also resulted in the Byleth server losing its Discord partnership. The document has been heavily criticised for hiding the identity of Uber, as well as attempting to pin responsibility on Lewdcario herself, leading some to question the intentions behind the document's creation. It was also criticised for having little context in its evidence pertaining to the power abuse allegations.

A few days later, Lewdcario put out a response[6] that apologised for allowing the incident to occur, but also proved the blackmailing incident was an attempt by Uber to try and fill an administrative position after he was pressured with reports to the police. Evidence of Carrie Oki admitting to doxxing people for "vigilante justice" was also divulged, and evidence of a revenge motive regarding the Pyra/Mythra server's removal the month prior was proposed. Lewdcario later stepped down from Smashcords. All of these events prompted many affiliate Discord servers to cut ties with Smashcords, including the official SmashWiki Discord server.