This article is about the hitbox visualization in Super Smash Bros. Ultimate. For the move itself, see Ice Shot. 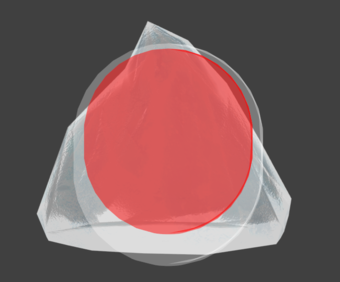 The ice chunk has a hurtbox with 50 HP, and can be launched back at the Ice Climbers if hit by opponents, changing its ownership. The ice chunk's damage and size still decay after it is hit back, and they are not affected by its HP being reduced.

Only two ice chunks per Ice Climber (four total per pair) can be active at a time.