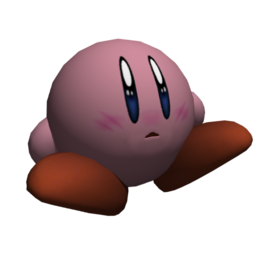 As of today, several of WiKirby's pages have been hit by a database error that renders them unrenderable, including Special:RecentChanges and Special:UserLogin.

The only person who has WiKirby server access, known as Adam, has been ridiculously xenophobic for several months and has not responded to any questions or concerns in a long time (despite having previously promised to give access to other, active, people). WiKirby's only chance at getting out of this ruined state is to get him to fix the problem and give someone else server access.

So, I'm rounding up the troops. I want everyone who cares about NIWA and WiKirby to send an e-mail to Adam via the EmailUser feature on Zelda Wiki (see his talkpage here) or the e-mail feature of the NIWA forums (see his user profile here). (If anyone knows of other ways to contact him, use those as well, and maybe post them here for others to use - but don't post his raw e-mail address or other such information here.) Tell him that you're from SmashWiki and that you're disappointed that he's been ignoring his duties as a webmaster for a fellow NIWA wiki. Tell him that, at the absolute least, he should immediately give someone else server access so WiKirby can survive without him. Be polite and respectful, but make it very clear that his continuing absence and aloofness is not acceptable.

Spread this message across the rest of NIWA. We're not having a wiki fall apart because of one person's absence. Toomai Glittershine

I've tried to get in contact with Adam before on the NIWA forums and his ZeldaWiki user talk page, but he never responded to anything I sent him.
If it helps, in the past, I've made offers to host WiKirby, if they want to move over to my server. Should the worst happen, I have room to start up a new one.
Tacopill (talk) 17:45, 1 August 2013 (EDT)

It looks like Adam can also be contacted via Skype with the name adam_zw. (source) Let me know if someone contacts him through this means.

I think he has already been contacted through there by some others, but, still isn't replying to anyone's pleas. -- Conny

WIKIRBY IS ON TROUBLE! ALL USERS FROM MARIO WIKI, ZELDA WIKI AND BULBAPEDIA WORK AS A TEAM TO REPAIR THAT WIKI! IT GOT HACKED??? NO HOPE NOW. WE NEED MORE PEOPLE. (sorry its all caps) --Igor The Mii (talk) 13:53, 2 August 2013 (EDT) PK FLASHBOMB! working on repairing the poor wikirby

Calm down man. All caps doesn't solve anything. Scr7

Can't help but laugh XD SO sorry, but, this is just too funny! Also, can I bleep out the title in case someone who shouldn't be seeing it DOES see it, please? At least YOU should, dude.MegaMCAlly (talk) 12:24, 6 August 2013 (EDT)

Um, what was the point of this? And remember, SmashWiki is not censored. Scr7

This is a problem that should be dealt with seriously, not by hysteria. Don't use ALL CAPS to emphasize your points, as it violates our guidelines. Mr. Anon

No need to freak out, guys. I'm pretty sure this is more than just an error, but I doubt it's a hack.... right? --(Sprited

Sign your comments with ~~~~. And it's not a hack. I've been informed by another server administrator/owner that it's actually an easy problem to fix. The problem is, no one has been able to get in contact with the server admin of WiKirby, the only person who can fix it. DoctorPain99 19:19, 2 August 2013 (EDT)

Really, this is seriously sad. I heard about it, tried to search Mirror Kirby, and it read "a database query syntax error has occurred." and some more random things. I don't think this is a hack, but this...why?! Just WHY?! Cinccino (talk) 16:32, 30 January 2014 (EST)

That's funny, because a database error also shows up when I search for "faggot". The Wiki's broken, but only the search system for unmade pages is actually malfunctioning. This topic is also old and any emotional worry you attempt to put in your post is not suited for this Wiki. MegaTron1XD

From the NIWA Network forums: I added an announcement to the forum news banner, so hopefully that'll get more people involved. Also, apparently the wikirby.com domain expires on the 13th of August. That may be either a good thing, or a bad thing; good, if Adam gets a reminder to renew the domain, and it draws his attention to this, or bad, if he's forgotten about it completely and lets the domain expire. Hopefully the former occurs; as for the latter... well, let's not go there yet. —Moydow.
So essentially, not only is WiKirby basically unrenderable, the whole damn thing could go offline in less than two weeks. DoctorPain99 00:42, 3 August 2013 (EDT)

Right, if Adam is nowhere to be found, get someone like Tacopill to export all of the pages to his server, I guess. Scr7

Informed him already on his Skype. He'll probably get it by the noon. :P -- Conny

There are still some pages with the error, but Recent Changes, User Login, and Export are all up. Scr7

Quick, someone use Special:Export to grab as many pages as possible before something happens. — {EspyoT} 07:55, 3 August 2013 (EDT)

I informed some about this. They'll be sure to check in for it. -- Conny

We should just have Tacopill deal with it if nothing is done by the 10th. DarkFox01

No pages have error. If you think they do, it's a problem with your browser, not with WiKirby. I informed their admin about Special:Export and I believe they are going through with that but still hoping for Adam to return at the same time. DoctorPain99 16:13, 3 August 2013 (EDT)

It's a problem with your browser, as explained above. This happens to me as well. Scr7

I guess I was naive then. A lot of the pages that previously didn't work for me are okay now, but yeah, that page gives me an error. Scr7

A sitenotice says that if any page is experiencing problems, just add ?action=purge to the URL and click OK when the button shows up. It's been fine for me after I did that. DarkFox01

Oh, okay. I just saw this right after I complained, so now I guess I'm fine... Cinccino (talk)