Smash at the Balcony

Smash at the Balcony is a mini documentary filmed by Alex Wallace and Adrian Nieto. The story revolves around a weekly Project M tournament in SoCal which would eventually start into a regional called The Big Balc tournament on May 27th-29th, 2016 as part of the Project M Championship Circuit. The success of the previous tournament has created the follow up tournament,The Bigger Balc, on May 27th-28th, 2017. Interviewees in the documentary includes Guntherz, Nashun, Jose V, Junebug, Jason Waterfalls, The Party, Zesty, Maddox, Groove and Phresh.

Who the Hell Is... is a Project M mini-documentary series, made to showcase the players and community members, their personalities, and their stories. 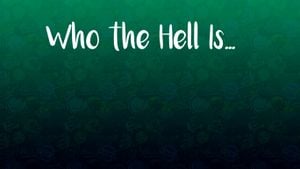 Who The Hell Is logo