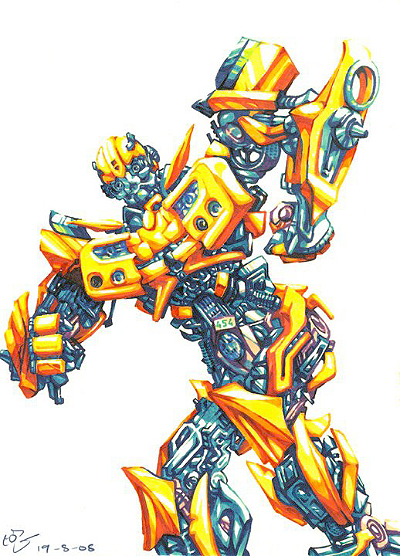 Hi, I'm Mako Shark (shortened to Mako or Shark, also Tiger Shark). You can call me any of the aforementioned names, or anything else that you think I'll recognise as my username, but preferably not my real name. A mako shark is a type of mackerel shark that lives in most parts of the ocean.

I use Australian English spelling, which is just about identical to British (UK) English, when I write and edit articles. While American English doesn't bother me, I appreciate people who leave the Australian spelling where I've made substantial edits to articles, unless they're correcting something other than the spelling. Likewise, I use US English when I don't make substantial edits to articles. See the Australian/British English spelling section further on for a list of common differences in the two versions of written English.

For a full list of major contributions, see User:Mako Shark/Contributions.

In addition to editorial contributions, I've tested some game elements for clarification, although a lot of this information is probably already known. The results of these tests are shown as follows.

I discovered the percentages dealt by Fox and Falco's up, down and back throws in Brawl, including the exact damages of the physical throws versus the accompanying laser shots. This was done by using the throws on Bowser in Training Mode, while Bowser was wearing a Franklin Badge. The badge prevented Bowser from being damaged by the lasers, so he only took damage from the physical throw. This was repeated with each throw ten times for consistency, but the percentage that each physical throw deals is an integer anyway. Each throw was then performed on Bowser ten times without the Franklin Badge, and the results were compared. Again, the damage percentage dealt by each throw was an integer. Here are the results:

I recall once seeing a fact in the "Did you you know..." section of the front page that claimed Yoshi's Egg Roll out-prioritised Captain Falcon's Falcon Punch, so I tested it myself.

I ran some tests to learn the nature of Bowser and Ganondorf's sacrificial KO moves. Note that my Wii is NTSC-J, and that there are slight differences in programming between NTSC and NTSC-J Wiis, and PAL Wiis.

I used Bowser's Flying Slam to sacrificial KO in a number of one stock matches on Battlefield, against another human controlled Bowser, using various controller port positions. I discovered that, when the initiator of Bowser's sacrifical KO has a lower controller slot (closer to P1) than his victim, he always wins the match. However, if his port is higher (closer to P4), Sudden Death initiates. I also initiated several Sudden Death matches, and discovered that, in any Sudden Death match, regardless of controller port, if Bowser uses Flying Slam to sacrificial KO, he always wins.

However, in the single player Classic Mode, the use of Flying Slam to end a match will always result in Bowser losing a life. It can be used to finish and clear matches during Classic Mode, however, using the move to finish a match on Bowser's last life will cause the need for a Continue.

I used Ganon's Flame Choke to sacrificial KO in a number of one stock matches on a variety of stages, against a human controlled Bowser, using various controller port positions. Irrespective of port positions, the use of Flame Choke to end matches resulted in either the initiation of Sudden Death, or Ganon's loss, but never Ganon's win. The occurrence of Ganon's loss appeared to be random. During Sudden Death, the use of Flame Choke resulted in random wins and losses, again irrespective of port positions.

The following is a list of articles that I plan to create or edit in future.

Below are some commonly seen differences between Australian/British (UK) English and American (US) English. I've written this list to help people recognise and distinguish the differences between the two sets of spellings, and hopefully to help people of both nationalities recognise what is and isn't a spelling error when a different version of written English is involved. In the below examples, the UK English is always listed first.