reddit's logo, alongside its mascot, Snoo.

reddit is a social networking site based in San Francisco where users share and discuss news and entertainment-related content. Other redditors can vote up or down on an article; these votes determine where an article is placed. Redditors can also comment about the submissions and reply to other redditors who placed their comments. These comments can be voted in the same manner as the articles themselves. Front-page rank for the main page and individual categories is determined by age of the content and the number of votes.

reddit is divided into categories called "subreddits," (displayed as /r/ followed by a tag) which cover specific topics or genres. Each of these subreddits feature content submitted to them by redditors. They also have their own front pages, with placement of items in each subreddit page is determined by votes from other redditors, like on the main page. 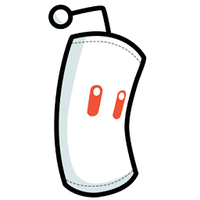 Logo of /r/smashbros, featuring Sandbag as a replacement for Snoo, the site's mascot.

The Smash Bros. reddit community is an online community based on reddit, under the subreddit /r/smashbros. redditors can post videos, text, and other resources related to Smash Bros. in the subreddit; in addition to regular smashers, many professionals have also posted to the subreddit, including either posting findings or similar topics. There also other subreddits on reddit related to Smash, such as /r/supersmashbros for more causal discussion, /r/SmashBrosUltimate for Ultimate discussion, /r/ssbm for competitive Melee and /r/ssbpm for Project M and Project+ discussion.

Some professional smashers and community figures, including Mango, have taken part in reddit's main "IAmA" subreddit in order to answer questions. Dedicated AMAs have also taken place on the various subreddits.