On November 21st, 2001, Super Smash Bros. Melee was released in Japan! It became the first Gamecube game to reach 1 million sales and paved the way for the tournament scene for Smash Bros! 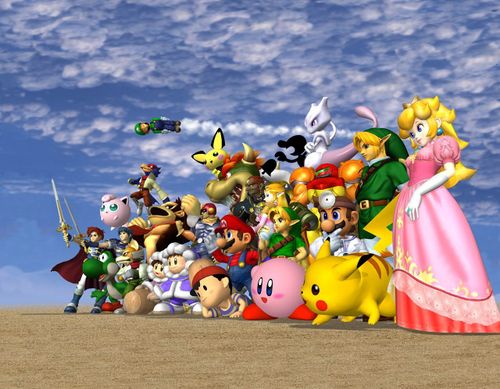 The game had a trillion bugs and balancing issues that are still complained and debated to this very day. It spewed the Tier List Wars that heavily divided the Smash community. Heck, I might even go as far to say half the characters were copies, and half the stages are barely playable too! Even the game announcer can't pronounce the title right. But we all love this game in the end. Happy 10th, Melee.

What should the Wiki do to celebrate? Any ideas?

Finally! I knew about this a while ago, but I figured since nobody brought it up, no one would care. >.>;;;;